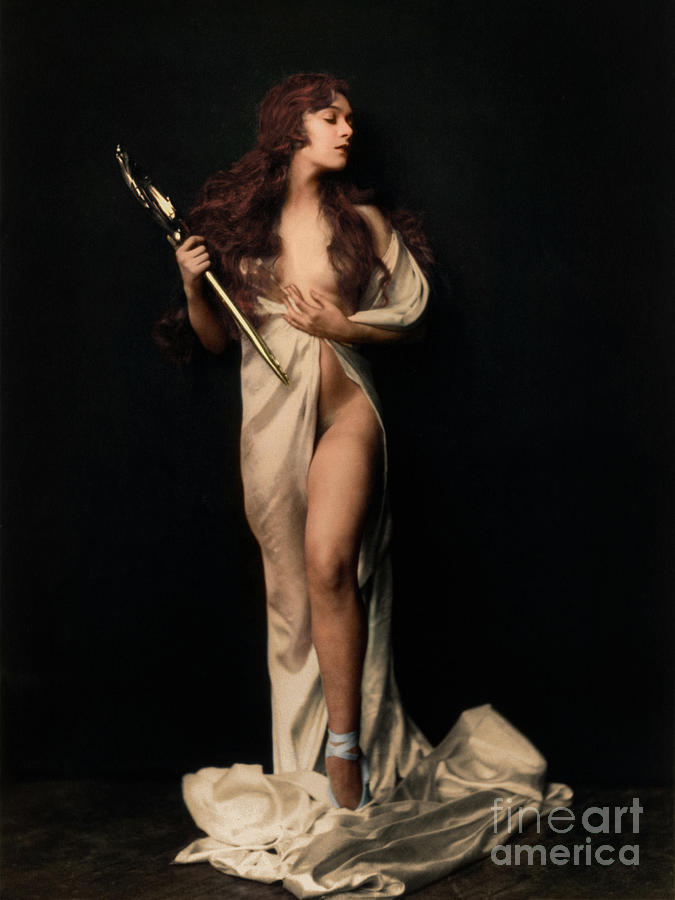 Photo Restoration and Colorization by Franchi Torres FT imagens of Caryl Bergman was born in New York City November 22, 1912 and Die in 2001. Her parents were both Austrian immigrants and her father worked as a barber. During her childhood Caryl took ballet lessons and dreamed about becoming a dancer. At the age of fourteen she lied about her age so she could join the chorus of the Ziegfeld Follies. Flo Ziegfeld declared that "she had the most beautiful eyes in America" The Ziegfeld Follies was a series of elaborate theatrical revue productions on Broadway in New York City from 1907 to 1931, with renewals in 1934 and 1936. They became a radio program in 1932 and 1936 as The Ziegfeld Follies of the Air.