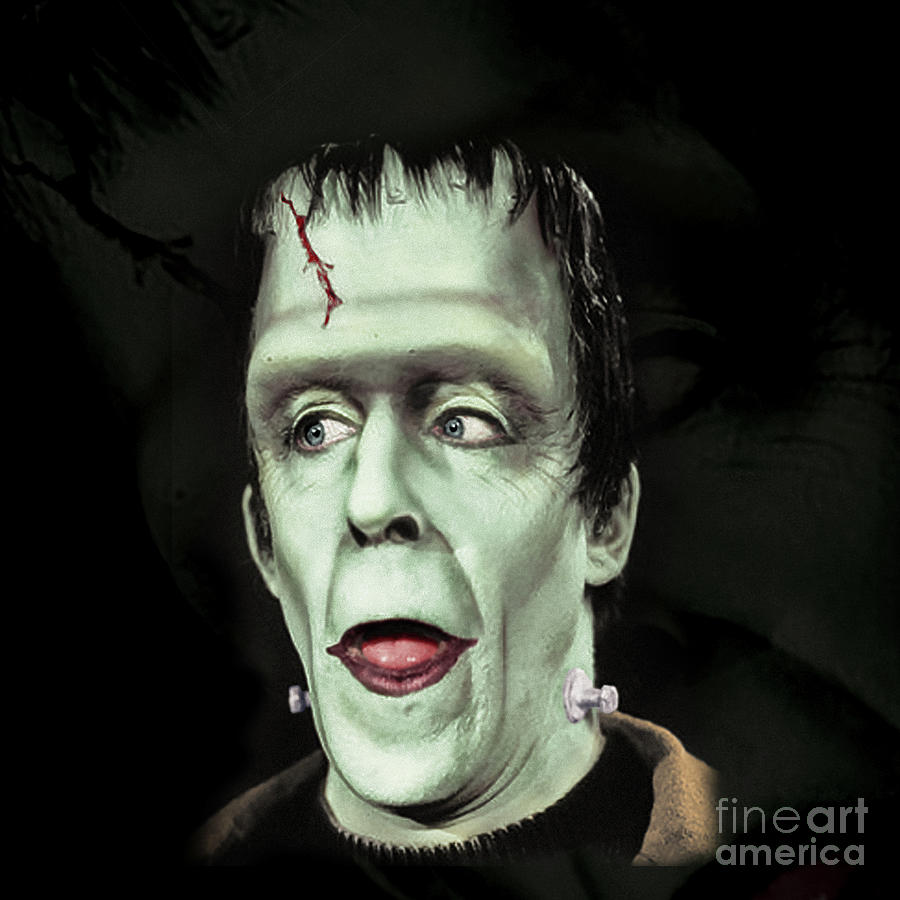 Photo restoration and colorization of Herman Munster. Herman Munster is the main character of The Munsters TV show. He is the father of the Munster family, the husband of Lily Munster (vampire), the father of Eddie Munster (werewolf), the uncle of Marylin Munster, and the son in law of Grandpa (Count Dracula). He was portrayed by Fred Gwynne. He was built in Germany by Dr. Frankenstein in the mid to late 1800s. Soon after that though he was taken in by a British family by the name of Munster who gave him his name at the turn of the century. A few years after that he traveled to Transylvania and met his soon to be wife Lily Munster. They soon fell in love and married. They then moved to America with the hopes of riches in the new world. They settled down in a small Washington state town called Mockingbird Heights. They moved into a large mansion (Munster Mansion) on the street 1313 Mockingbird Lane with Lilys father. Herman soon joined the U.S. army to fight during World War II. They took in young Marilyn after her parents died and then after had a son: Eddie. He works at the Gateman,Goodbury,And Graves Funeral Home and typically refers to it as "The Parlor".