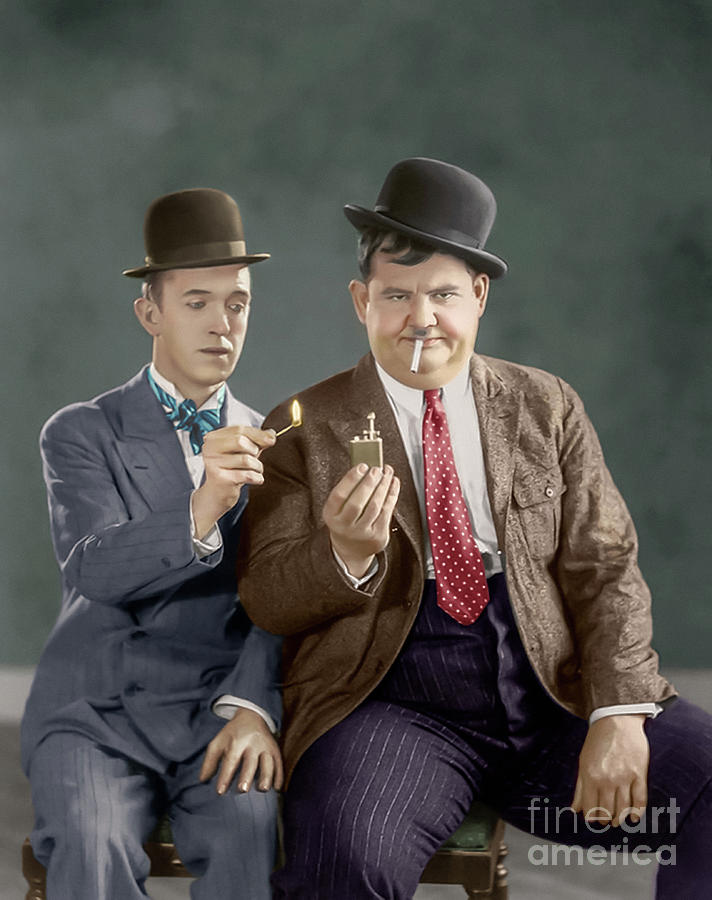 Colorization and Restoration of Laurel and Hardy. Were a comedy duo act during the early Classical Hollywood era of American cinema. The team was composed of Englishman Stan Laurel (1890–1965) and American Oliver Hardy (1892–1957). They became well known during the late 1920s to the mid-1940s for their slapstick comedy, with Laurel playing the clumsy and childlike friend of the pompous bully Hardy.

💖 🌸 Congratulations on your recent sale of a wonderful work. 😊 💖 🌸

Thank you for the fav Martin