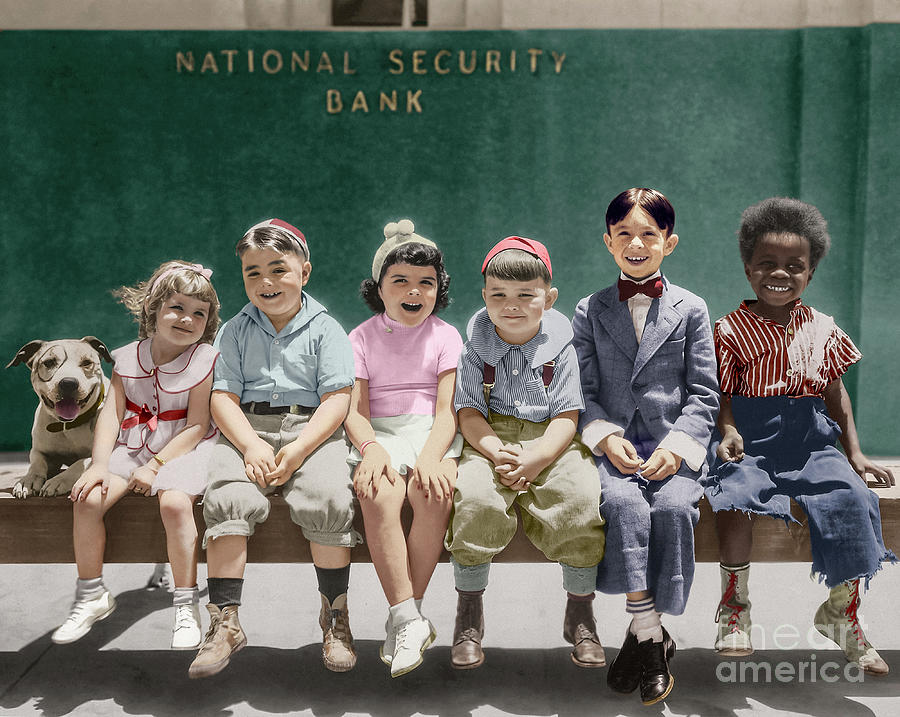 Colorization of Our Gang. is an American series of comedy short films chronicling a group of poor neighborhood children and their adventures. The films were created by studio executive Hal Roach, who was best known as the man behind the comedy duo Laurel and Hardy. The series was produced in various formats from 1922 to 1944 and is noted for showing children behaving in a relatively natural way

This is great Franchi! l/f

Congrats on your 1000 view feature, so adorable, they were the best!!

Congratulation.....your wonderful work has been featured in the 1000 Views on 1 Image Group ..... Feel free to place your featured image in the Features Archive and any Genre specific Archive l/f/p

Thank you for the featured