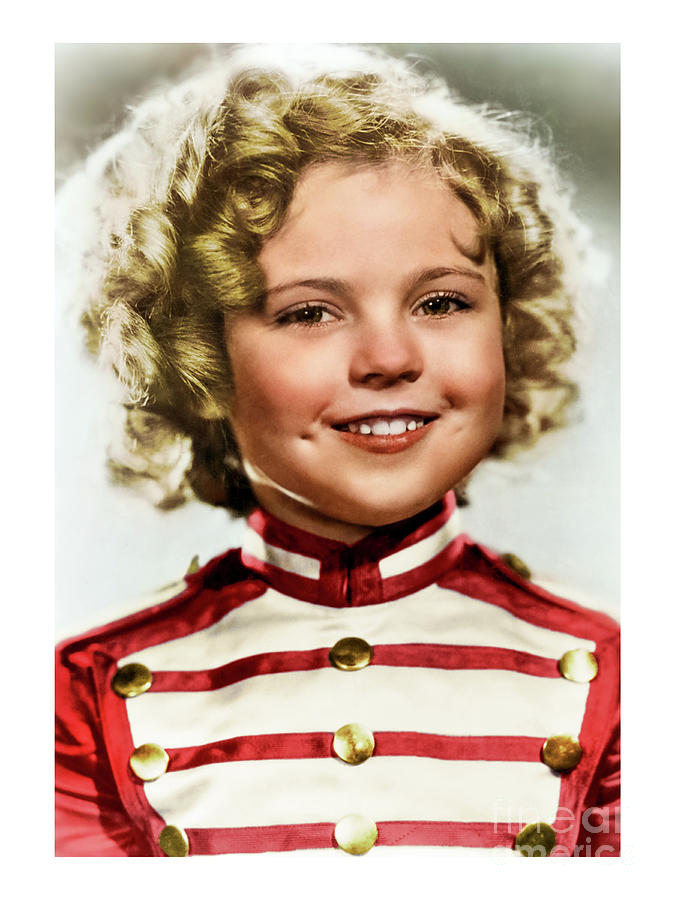 Shirley Temple Vintage photo colorized by Franchi Torres FT imagens
Shirley Temple was born in Santa Monica, California, on April 23, 1928. The youngest of three children, her father was a bank teller, who later worked as his daughter's manager and financial advisor when she became famous. As a child Shirley Temple began to take dance steps almost as soon as she began to walk. Her mother began taking her to dancing classes when she was about three and a half years old. She also took her daughter on endless rounds of visits to agents, hoping to secure a show business career. The hard work soon paid off—little Shirley obtained a contract at a small film studio, and one of the great careers in film history began.
The first full-length feature that she appeared in for Fox was Carolina (1934). It was another Fox release of that year that made her a star: Stand Up and Cheer. She appeared in eight other full-length films that year, including Little Miss Marker and Bright Eyes. The first of these is especially notable because it was her first starring role. In 1934 the Academy of Motion Pictures Arts and Sciences awarded her with a special miniature Oscar “in grateful recognition of her outstanding contribution to screen entertainment during the year, 1934.”