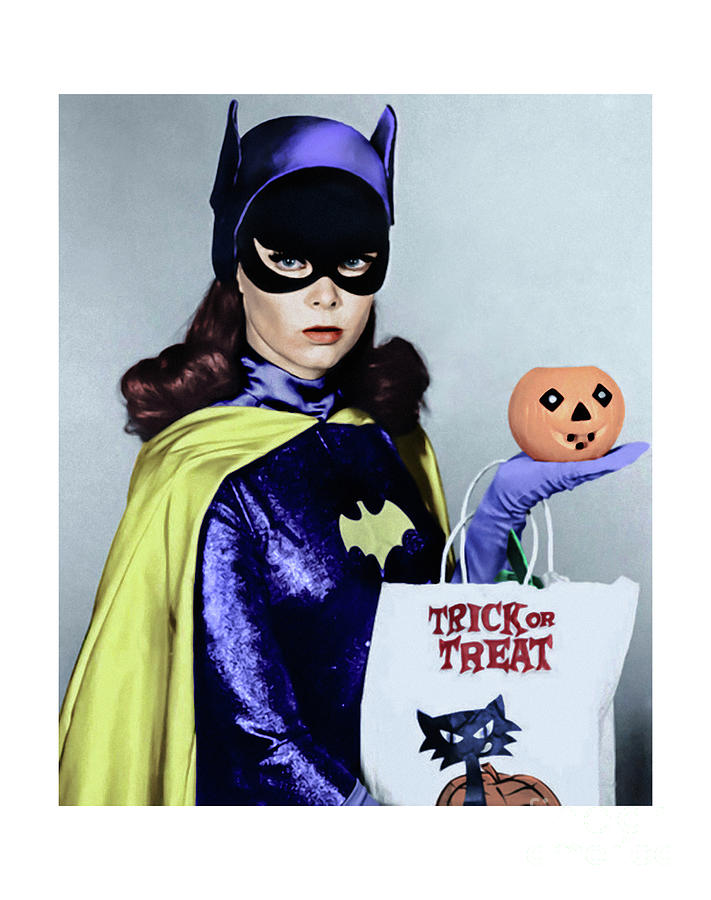 Vintage Photo Colorized of Yvonne Craig, (May 16, 1937 – August 17, 2015) was an American ballet dancer and actress best known for her role as Batgirl in the 1960s television series Batman and as the green-skinned Orion slave girl Marta in the Star Trek episode "Whom Gods Destroy" (1969). The Huffington Post called her "a pioneer of female superheroes" for television. From September 1967 until March 1968, Craig appeared in her highest-profile role as Batgirl for the third and final season of the 1960s